After Hazen, TJ and I went back and forth contemplating whether or not we wanted to make the drive to Provo to skate as we had originally planned the day before, the ICEMAN’s healed ankle made the decision for us.  While in Provo for a wedding a little over a month ago, I saw an newly built spot on the SW corner of BYU’s campus that I have been wanting to skate.  BYU is generally a dangerous (tickets) bust so it was just Hazen (never skated BYU before so clean record) and I (BYU Alumnus) who tried to blade the first spot.  Hazen quickly figured out how to hit the wedge and landed top acid 360 out while I on the other hand lost a frame bolt.  After that we headed to the Springville transfer rails where we met up with Dave and Brian, and then Hazen, Ice and Chris killed it.  Then on to the old Fizoli’s guardrail and then to finish off the day at PG’s new kink rail were it was a good time had by all.  Definitely worth the drive. – Beastmaster 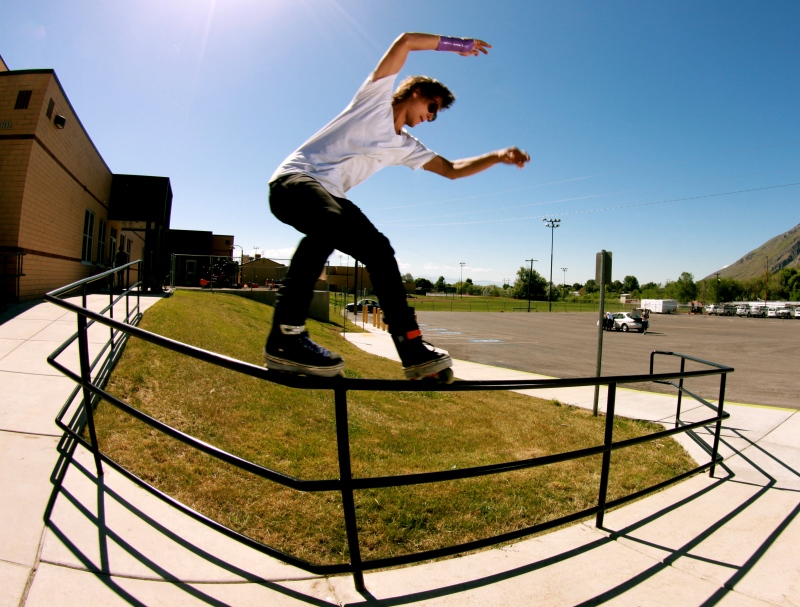