The sun was out and everyone was looking to skate so after a late breakfast the Bladed and Faded Crew headed to Skyline Highschool. We also had some company with us. Jeff Stanger was in town from Colorado and Russell Day was visiting from San Diego. I have never been to skyline before so it was definintley an adventure. Everyone got some clips which were pretty rad. We then set out to olympus high where we were eventually kicked out so we then set our eyes on a millcreek spot which is how we ended the day. Overall we all had a blast and got some great footage. Some of us got broke off but its all in a days work. 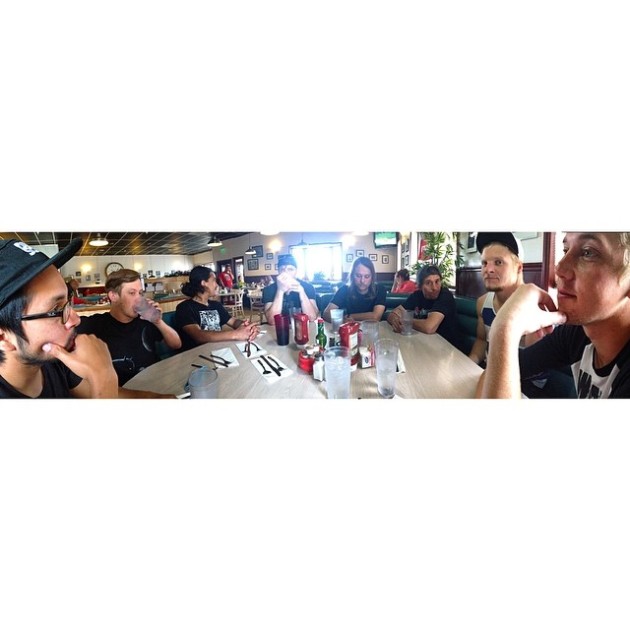 The Dudes and I eating Breakfast

Jon Dickerson Topsoul to backslide on the ledge