I’ve known Justin Mousley for quite a long time. Actually long before I even lived in SLC. I can tell you from hanging with him over the years his personality is infectious and if you are lucky enough to witness some of his shenanigans in real life I assure you will always have a smile on your face. The guy has put in some work since the early days of the Utah blade scene. He has put out a number of sections, was traveling for most blade events, and even had a hand in the beginning days of We Are One Skatepark. It’s no secret that Justin has a huge love for blading and only continues to push himself daily, whether its him doing some crazy trick while filming himself on his go pro, or even making music. We can’t deny that he has ambition and strives to be such a likeable guy on and off the blades. About a year or two ago Justin felt the need to move to St.George Utah to not only clear his mind but also to help him deal with death of his good friend and long time blading homie Carl Hill’s.

Justin recently moved back from southern Utah and while he was there I can tell he definitely had a huge impact on the skate scene there. To be honest its no surprise to me because that’s just how he is. He makes everyone feel so welcome regardless if they have wheels under their feet. I personally am glad to have him back up north  not only because he is an amazing skater but because he belongs here. I would continue talking about him, but I will just let him do it.

180 from the spine to the table top, Riverton

First off I would just like to know some background info. How did you start rollerblading? Who were some of your biggest influences in your early days when it came to skating?

I started rollerblading when i was 12. I saw Mat Farnworth and David Larsen grinding the bottom of the bike racks at our middle school shortly after that experience I had modded a pair of rec skates with grindplates and started ramping plywood on tool box ramps into the streets of Riverton, Utah with a friend of mine Tyler Thayer. Brink on Repeat. that turned into many classic skating sessions and Real Ride Salt Lake saturday morning lessons.
biggest influences: the generations of Salt Lake legends will forever run deep like wutang.  Carl Hills, Matt Moya, Cameron Card, George Veasy, Chris Olpin, Mat Farnworth, David Larsen, Chase Bailey, Jaren Grob, Davis brothers, Mike Dougherty were the locals that i caught the most vibe from. Latimer, Shima, Omar Wysong, Sagona, Petty, Ski, Murda, Fade Hurricane, Dre Powell, Franky.

You recently came back from St.George, would you mind telling us a little bit as to why you went there and what brought you back up north? Do you miss the small skate scene there?

Life is full of transitions some of them smooth some of them more trying, testament to a persons character is what they do in the face of adversity. I put myself in a dark place for a long time there, I ended up with countless nights and days feeling stagnant energies and creating the most awkward of relationships based off of chemicals and alcohol. one day i just had enough of not achieving the things i desired and not connecting with people how i like. The awesome person I know we all are inside was just a little too far out of reach at the time. so I dug the deepest and uprooted the city of salt buying a one way greyhound to Denver where I experienced the most surreal culture shock for 7 weeks. Such an amazing time and blessing. one thing or another things didn’t work out in Denver and I ended up in sunny St. George, Utah hitting the golden corral at 3pm with my lovely grandparents was the norm. Certainly a change of pace from the city life. got a job after many attempts, found a place on Craigslist to stay and that’s when my 18month adventure in st Geezy began. The plan was to find balance within myself and gain some of the things that i had been wanting for years (i.e. camera, computer, studio equipment, etc) and with achieving that I dove deep into my passions and dreams creating a foundation of love and happiness to build my future success’ upon. the blessings began pouring in. Got promoted, put out video edits (some of which i filmed solo),  met a few incredible people who showed my amazing hospitality and I was able to meet up for some killer blade sessions along the way. Bombed mad hills fakie!

Music brought me back to Salt lake, been back in the element since March.
I miss the folks Dabs and Cam, the street spots and the skate park out there are really dope so I miss that too. 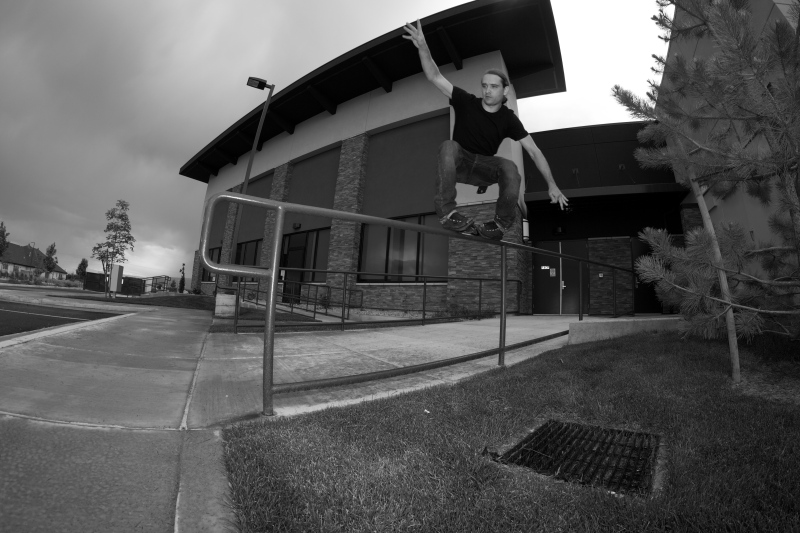 Making music, staying healthy, chilling with a smaller circle, woking the job tons, kicking it with my brothers mother and grandparents a ton, hiking, turning up the speakers loud, catching vibe an working ultra hard. I’ve been skating with Mat F, Richie R, Manuel, my brothers Blaine and Garrett. 2016 had been fire thus far

Did the death of long time blader Carl Hill’s have a big impact on the way you have chosen to look at life these days? What do you hope people remember him for?

There’s only so many people who come into your life and help carve you into the best version of yourself possible. Carl was one of those folks to me. He believed in the potential of any individual so strongly and he carried fire in his soul so fierce that losing him was truly heartbreaking. A bond as thick as family. Unforgettable memories and trips that I carry on with me today and forever more. This life stuff is so temporary that after losing Carl it made me soul search and really go after the things that I felt I had been neglecting due to partying daily and losing focus. Remember Carl as one of the most original creators of flavor, smiles, vibe, power and love.

I am a big fan of your go pro edits, I noticed they kind of have a raw vibe to them and seem to not only show your skating but also just how much you enjoy life. Is that something you try to convey when you make your edits?

I feel like if the vibe and shots right then you don’t need too much extra stuff in the edits. That could change but with that simple edit style I’ve kinda been able to build my own thing. I’m thankful for the people who enjoy my projects and tune in whenever I drop an edit or release a new track. Goal to get a dslr and a 50mm then get lost in the woods for a while. Another goal is conveying to people through my platforms of art that there’s not much that beats hard work and love. If there’s something that you want that you haven’t quite got yet its probably cause you don’t want it bad enough or aren’t willing to put in that extra effort it takes to manifesting your wildest desires into reality. Too many excuses and not enough action it seems is the thing that separates peoples dreams from reality. I can help close that distance by showing people my dreams turning into reality and how much fun it is finding your own lane and feeling good about the person you are and the steps your taking to get to where you’re going. we all want to do things so… “just do it” -Nike  😉

What do you hope to see happen in your life in the next few years? Do you still hope to blade as long as you can?

I will forever be soul grinding front siding pocket pumping and hill bombing. Getting old feels like a mentality to me, I feel like I keep growing and getting stronger and with that I’m thankful that not much can take that gem of a perspective from me. #BladeLife